No. Mantyhose, like the name suggests, is made specifically for men. It is a dedicated male product. Is the deeper question a concern as to whether others may THINK you are cross-dressing? The vast majority of our customers will tell you that the answer is no. The Activskin range of products integrates entirely with a masculine appearance. Fashion trends constantly evolve and, with the revolution in sheer, techno- and micro-fibers, these are rapidly replacing thicker and bulkier materials previously used in menswear. The demand for these new fibers is evident worldwide in garments from suits, to sportswear, to underwear and hosiery. Activskin is at the leading edge of these advances. Remember, Activskin is made for men, and the increasing numbers of men who are wearing these products are making an up to date, fashionable, choice. Essentially, they are dressing normally.

How will people react if they think I am wearing women’s pantyhose?

Even though Activskin mantyhose is made for men, and is manufactured as a male garment in every respect, a quick, superficial, glance from a passer-by may fail to note the distinctiveness of our product. Therefore, we do understand your concern. However, we can assure you that our customers’ overwhelming experience is that most people do not notice. If they do, again from our customers’ experience, it is typical that nothing is said. Most people simply don’t care.

As before, is the question really about how you will react to an adverse observation? You can reassure yourself that you are wearing up to date, fashionable menswear. Other people may not be so connected, or they may lack confidence to explore the new fashion frontiers. People do tend to follow when others have paved the way. In this respect, some of our customers have found that if you strike up a conversation, people are actually positively interested. They may well be wondering where Activskin can be obtained, and you will be able to help them. So, be confident and act normally; enjoy your freedom to wear what you want. 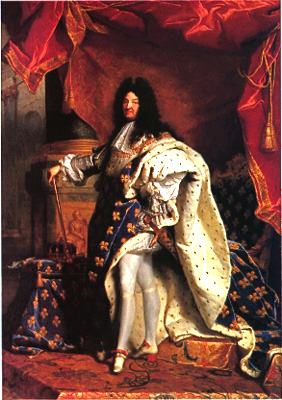 Not that we are suggesting a return to the 1700’s, but a look at the illustration of King Louis may answer the question better than words. Trends in clothing change. Fashion is not fixed; it changes over time and cultures. Sometimes change happens slowly, sometimes more quickly. Today, many men are rejecting boring fashion choices and are rapidly freeing themselves from rigid stereotyping. They no longer see particular fabrics as gender restricted, and furthermore, men are prizing more body conscious garments as part of complementing the masculine physique.

Full length hosiery - tights, pantyhose, legwear - was worn by men long before it was worn by women. From 500 to 200 years ago, it was commonplace. In the 1800’s fashions abruptly changed and men moved toward long pants and dull colors. Similarly years ago women wore very long skirts that covered even their feet. How things have changed! Clothing and accessories have freely crossed gender lines. Earrings may be another example. Twenty years ago a guy in earrings was rare, but some did. Today, many do, even the most macho guys, which proves that clothes and accessories say nothing about a person’s sexual orientation!

Men are choosing Activskin today because they want to take advantage of the advances in fiber technology, and enjoy the comfort and benefits of a practical garment that’s right for the 21st Century.

A few people may, out of total ignorance. What we said above explains it to an extent. However, we might add that in Western society many people: (1) are accepting of gay people anyway; (2) know that it is very shallow and unreliable to think you can know someone’s sexual orientation from their appearance; and (3) find it abhorrent to reduce the complexity of a human being to a label. So, be who you are, enjoy, respect and value yourself. To equate your choice of clothing with being gay is a gross error. There are many fashionable men who are not gay, and plenty of gays who are not fashionable.

Conversation: "I notice you're wearing pantyhose. Are you gay?" Response: "No, I'm not gay. But I have a friend who is gay, and he has a shirt just like the one you're wearing...." Get the point?

Do some guys have a predisposition to legwear?

We joke that there are two kinds of people in the world: those with the “nylon gene” and those without. Most of us have items in our wardrobe to which we give particular care and attention, and which we tend to notice more in others. It might be hats, tee shirts, shoes, hosiery, or whatever captures our interest. Everyone is different. If you have the nylon gene, here is your opportunity to enjoy legwear without the stigma attached to men wearing women’s hosiery.

Are you the only company making legwear for men?

No, not even the first. It is a growing market. There are companies in the USA and Europe now selling men’s hosiery, both sheer and opaque. However, G. Lieberman & Sons, Ltd. is a leader in variety and quality of products. We’re continually innovating new products, and we always welcome customer suggestions.

Why don’t I see other men wearing legwear?

Men do not generally dress to draw attention to any item of their clothing, and especially not their underwear. Our hosiery isdesigned to look and fit perfectly - not to stand out as unusual. Besides, customers often wear their hosiery under long pants, so it is not obvious unless you closely inspect ankles! Even then, in some cultures, like Spain and Italy, men’s sheer hosiery is common anyway. Men who wear Activskin with shorts probably choose a skin tone color. So, unless you are in very close proximity, you are not likely to notice. Don’t believe it? Go out in shorts (in warm weather, of course) with a skin matching sheer hose, and see how many people notice. Probably nobody. It may sound amazing, but it is true. Wearing a contrasting color is increasingly more common for sports activities and does not attract unusual attention either. So there are more men out there wearing legwear than you might think. You just haven't noticed.

What will my wife or girlfriend think? Or worse, what can I do if she can’t accept me in legwear, even Activskin?

If you are in an open, honest and sharing relationship this is unlikely to happen. You should of course share with her all your interests, including your clothing interests. Simply tell your woman that you like legwear. It is not unusual. In fact it is common. Also, remember men’s fabrics, especially underwear, are undergoing a revolution. People are looking for lighter weight synthetic fabrics. The key is to be open and honest early on, at the outset of a relationship. There is no need to be self-conscious, because this is a male garment that tens of thousands of men buy and wear for comfort and many other benefits. You are one among many.

Some Activskin styles have a cotton/nylon gusset. Men don’t have a need for a gusset. Why is it there?

Styles with male-comfort front panels and fly openings, had a definite front and back orientation. They had no gusset. The fly panels are expensive to make and sew, however, and many customers have told us that they wanted something less expensive. We felt that we should explore that option, so we discussed it with one supplier, who showed us a style of control top women's hosiery. We liked the idea, so we made arrangements to have it produced for us to our specifications for men. Without a front panel, it could be made very inexpensively, because it would take advantage of all the automated machinery used to make women's hosiery, including the sewing of the toes, the sewing of the two leg blanks together, and the cotton/nylon gusset. We questioned the gusset, because men have no need for it. However, it serves an important purpose - it's a very strong fabric and it helps keep the seam from tearing at the crotch, which is a zone of very high stress when the wearer spreads his legs in sitting and walking. We were convinced that we needed to keep it, because we had experienced torn crotch fabric in our other styles on occasion, and the gusset added only a few cents to our total cost. So that's why it's there - for strength and better durability.

Why are you calling them “pantyhose” for men, since panties are made for women? Shouldn't they simply be called men's hosiery, legwear, stockings, or something like that?

When we first got into the business of supplying men's legwear in 1999, we avoided all use of the word “pantyhose.” Men don't wear panties, so we shouldn't call it pantyhose, we reasoned. We called it legwear, hosiery, and other names. However, we weren't getting found on the search engines. We learned that it was because a large number of people were searching for "men's pantyhose" or "pantyhose for men." Without the word pantyhose on our web site, the search engines didn't find us! So we did an about-face and used the word pantyhose (and variants "panty hose" and “pantihose”) in the web site. And suddenly the search engines were onto us! The fact of the matter is that in American English, there is no other word that precisely describes what this garment is. “Tights” is used in Britain to mean both opaque and sheer legwear, but elsewhere “tights” means just opaque. "Hosiery," "hose," "nylons," "legwear," and "stockings" can mean other kinds of garments besides sheer pantyhose, so they don’t really specify what we mean either. Thus, whether we want to use "pantyhose" or not, we really must if we want to get found by customers looking for that keyword.

Do I need to shave my legs?

The short answer is no, but the choice is yours. Leg and body shaving is now quite common among men. This is obvious from articles in men’s health and fitness magazines, and from the number of hair removal products available on pharmacy and drugstore shelves marketed directly to men. The trend has been promoted by male models, movie stars, and sportsmen (runners, bikers, swimmers, football players, wrestlers, bodybuilders, and others), many of whom are accustomed to wearing nylon/spandex products. Even the most macho of soccer and rugby players are shaving, and declaring it quite openly. Not sure if shaving is for you? One advantage is that you can always try it with no risk. If you find you don’t like it, just let the hair grow back in a few weeks.

You’ll find that with shaved legs, hosiery garments stay up better, massage the legs better, and there is no itching or annoying hair pulling. If you are wearing sheer hosiery with shorts then the shaved look is far more attractive than matted hair under nylon. Concerned about appearance but don’t want to shave, or perhaps your woman doesn’t like the idea? Wear opaque legwear or dark sheer legwear and leg hair won’t show.

So the choice is yours. Activskin legwear works well regardless of your choice.

For more extended discussion on these and other topics, see the LAUF (Legwear as Unisex Fashion) forum on Delphi at https://forums.delphiforums.com/lauf/start